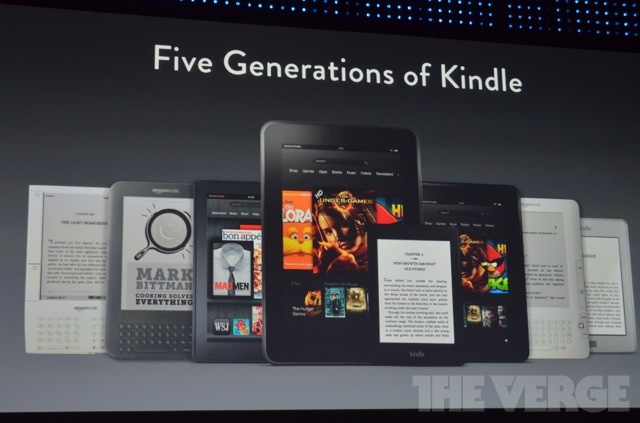 It looks as if Amazon went overboard today with the unveiling of their new ereaders and tablets. I wasn’t expecting so much to be announced today, but to my surprise they have unleashed some competition. All of their offerings makes it more affordable for everyone to have a Kindle of some sort. See the new lineup and specs below.

Same as the previous Kindle with new fonts and crisper text

3G model offers FREE 3G, so no more looking for hotspots or Wifi

Revamp of the Kindle Fire

Polarized filter to cut down glare on screen

The OS on the Kindle SD and HD uses 2GB

All are available for pre-order today!