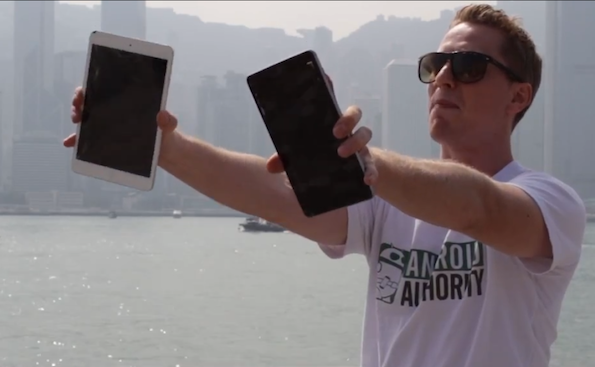 Apple’s products have been known to be delicate pieces of hardware whether the iPod Touch, iPhone, or iPad. The screens are especially brittle and crack under the least bit of stress or drops.

The Google Nexus 7 has scratch resistant glass and the back is of a textured rubber material where you would assume it has more tolerance.

Android Authority has put together a nice drop test between the two competing tablets. The outcome is pretty surprising as the iPad Mini held its own.

During the first drop the Nexus 7 did not survive like the iPad Mini, but they both were usable.

After the second drop, the iPad Mini had sever screen cracks and continued working. The Nexus 7 suffered worse damage and the screen became unresponsive.

Even after an additional drop, the iPad Mini remained intact and continued to work. It seems as if Apple is working on the durability of their products through our everyday mishaps.