Previous versions of Facebook for Windows Smmartphone’s have been a bust up until the current version that is a great improvement. It looks and functions much better but is not without plenty of bugs still. It looks like Facebook has taken notice of customer feedback and will be releasing yet another update to the app to improve it a bit more. 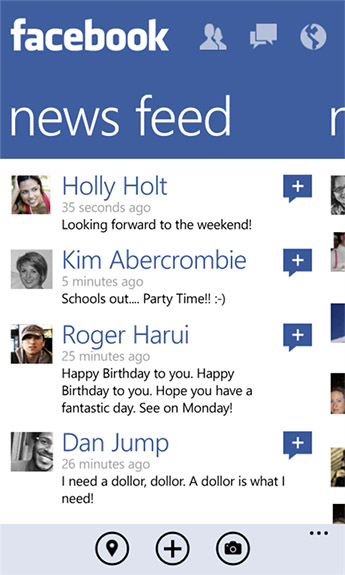 The Official Facebook for Windows Phone page has noted that they will be releasing a new update soon on the Windows Phone Marketplace. They have also let us in on a few of the new features that will be added based on user feedback.