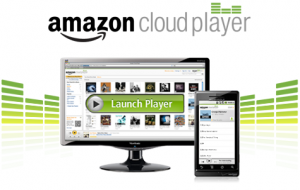 iOS users have been begging for the streaming music from Amozon Cloud Player but have been left out thus far. As of this weekend Amazon quietly updated it to work on iOS devices with a few disadvantages. Your iPhone,iPad,iPhone still don’t have the native Cloud Player app like Android does, but you can play songs from the web interface in Safari without downloading them first. Head over to http://www.amazon.com/cloudplayer to start playing music.

This version is still optimized for desktops so navigation feels a little awkward. You can’t drag and drop sons onto playlists or drag the slider to a different point in the song. You can play through existing playlists and albums just fine but it will take you a long time to get to them. Multitasking still works while using this so you can leave Safari and it will keep playing and will pause itself when you get a push notification.

It’s not perfect, but it works. Hopefully we will get a native app or a working mobile site for iOS soon!