If you use Apple’s MobileMe service, you may soon get an email offering you a free copy of Snow Leopard in an effort to push you to iCloud. Since iCloud requires you to be on OS X 10.7 Lion and you can only upgrade to Lion from Snow Leopard, Apple is trying to lessen the blow on your pocket.

By removing the cost of Snow Leopard, customers will now only need to fork out the $30 for OS X Lion because iCloud is free. MobileMe users were already paying for the service, so it kind of evens out even though some MobileMe features didn’t make it to iCloud.

iCloud was released as a replacement for MobileMe which was often not working correctly. Along with that, MobileMe was overpriced and there are now free alternatives to iDisk such as Google, Dropbox, and others. 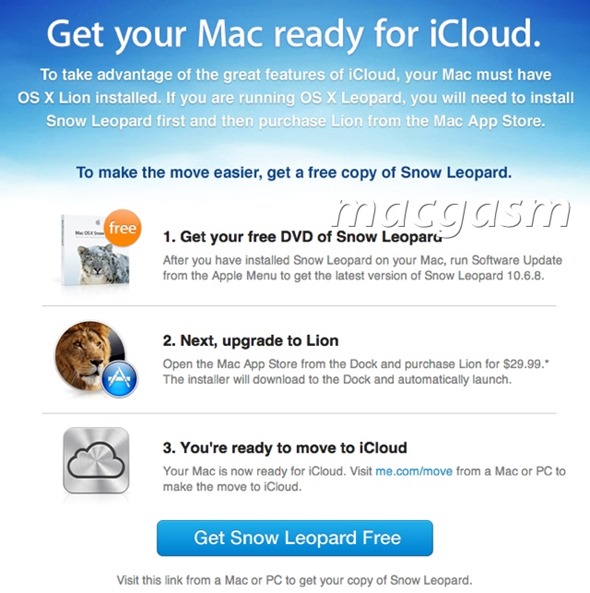